THE BLOOD OF THE LAMB

The musical was commissioned for The Salvation Army's International Congress in 1978 and the first performance took place in the Wembley Auditorium, London, on Friday 7 July. 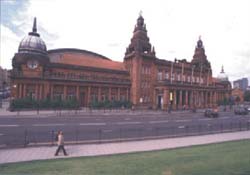 The then Chief Of The Staff, Commissioner Carr, sidled up to John Gowans during the wind up (singing "All Hail, I'm Saved") and asked for another musical the next year for the 1978 International Congress. 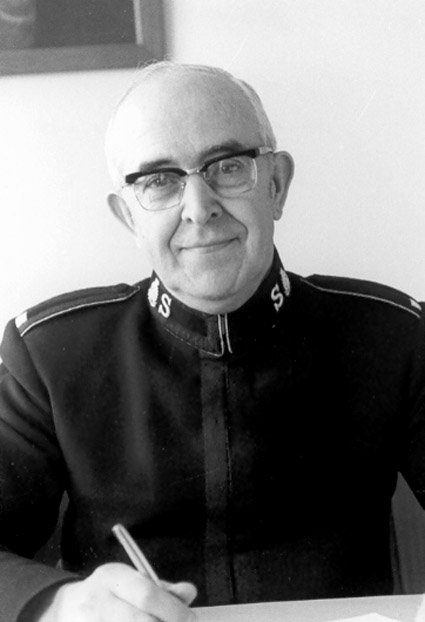 
It was then, that John Gowans recalled his National Service days when he remembered listening to the actress Margaret Rawlings:


reciting the poem of "General William Booth Enters Into Heaven"


THE POEM
The authors have made the freest possible use of the famous poem by Vachel Lindsay, 'General William Booth enters into I-leaven', which portrays the arrival of The Salvation Army's Founder in 'the better land', accompanied in triumphal procession by those who have been redeemed through the ministry of the Army which, under God, he was able to create.
Vachel Lindsay was a gifted and original American writer and poet who became famous at the age of 33 when Poetry, Chicago published his poem on Booth in 1913. The Review of Reviews described it as 'perhaps the most remarkable poem of a decade'. Subsequently the poem was included in many anthologies and is probably his best-known single work. It was chief among the 20 or so of his poems which audiences demanded so often that Lindsay grew tired of reciting them.


The poem was created shortly after Booth's death, in one surging effort as the author 'walked in Los Angeles' Sixth Street Park all one frenzied night'. It reflects Lindsay's earlier contacts with The Salvation Army in Springfield, Illinois, where as a youth he would often stroll down to the open-air meeting stand outside the courthouse. As his biographer, Eleanor Ruggles describes: 'The Salvation Army band, a dedicated cluster, could be heard a block away, shouting salvation into the Illinois dusk, pounding it on the kettledrum and blaring it on the trumpet as the men and women in their shabby uniforms sang: "Have you been to Jesus for the cleansing power?


"Are you washed in the Blood of the Lamb?"


Then they knelt in a row on the courthouse grass and prayed aloud, Lindsay with them.'


Vachel Lindsay's frequent use of the line 'Are you washed in the Blood of the Lamb?' from Elisha Hoffman's well-known hymn, quoted above, is echoed iii the musical.


Though the musical flows as a continuous whole, without separate scenes, it can be divided into three parts for the purposes of a brief synopsis:


It is 20 August 1912. Word has just flashed around the world that General William Booth has laid down his sword. Outside International Headquarters, at 101 Queen Victoria Street, a crowd begins to gather. They have come for the procession, they say. They have come to march with William Booth into Heaven. For they have been washed in the Blood of the Lamb!


But who are these people who are crowding round? A street-girl introduces herself, groups of lepers and drunkards tell their stories, a missioner from The ('hristian Mission recalls early days in London's East End; match factory workers, convicts from Devil's Island, an Australian convert, an American slum Captain, a young man from Russia and representatives from the Fast are among those that share their experiences. Washed in the Blood of the 1.amh, yes-but their stories reveal a further common denominator: all have found salvation through the ministry of Booth's Army.


3. THE MARCH INTO HEAVEN


To the pulsating beat of Lindsay's poem the march wends its way towards Heaven with William Booth at its head. Jesus is there to welcome and transform the ransomed host, and as Booth's blinded eyes receive their sight he sees his Master and kneels before Him. But what about us? What about you? Arc you washed in the Blood of the Lamb?


The musical can be presented with a minimum of 30 or 40 people, but is enhanced by the use ot' larger numbers, the size of the stage alone dictating the upper limits. Though originally presented by a group of young people it is not a 'youth' musical as such. The characters represented can be of any age.


the above info was taken from an original script 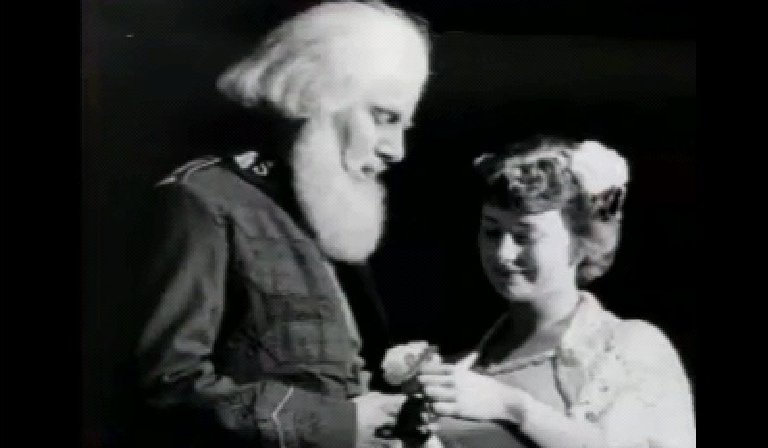 Booth died blind, and still by faith he trod,
Eyes still dazzled by the ways of God.
Booth led boldly, and he looked the chief,
Eagle countenance in sharp relief,
Beard aflying, air of high command,
Unabated in that holy land.

Jesus came from out the court-house door,
Stretched His hands above the passing poor.
Booth saw not, but led his queer ones there,
Round and round the mighty courthouse square.
Then in an instant, all that blear review
Marched on spotless, clad in raiment new,
The lame were straightened, withered limbs uncurled,
And blind eyes opened on a new, sweet world.

Drabs and vixens in a feast made whole!
Gone was the weasel-head, the snout, the jowl!
Sages and sibyls now, and athletes clean,
Rulers of empire, and of forests green!

(GRAND CHORUS OF ALL INSTRUMENTS. TAMBOURINES TO THE FOREGROUND)

And when Booth halted by the curb of prayer,
He saw his Master through the flag-filled air.
Christ came gently with a robe and crown
For Booth the Soldier, while the throng knelt down.
He saw King Jesus. They were face to face,
And he knelt a-weeping in that holy place.

Are you washed in the Blood of the Lamb?


General Gowans recalls in his autobiography


It was this poem that came to me on the platform of the Kelvin Hall in Scotland, and I knew instinctively that this should he the subject of our next musical. We called it The Blood of the Lamb. I scoured the Army's history books for stories of those who merited being part of Booth's procession into Heaven and found an abundance of candidates. The highlight of the poem, and therefore of the musical, is the moment when the now-blind Booth is met by his Saviour and receives his white robe from the Master he had served so well. The ugliness of the following parade melts away, and they march past their General, a very international body, all in white robes. The words at this point in the music seemed to write themselves. Here is one verse:


The musical was presented in its working shape at London's Mermaid Theatre with the kind collaboration of Sir Bernard Miles. The following year it was produced at Wembley for the 1978 International Congress. For this production (I hope it was not vanity?) I played the part of General Booth myself. The Founder's eldest granddaughter, Commissioner Catherine Bramwell-Booth, was present and within five years of her hundredth birthday. She retained clear memories of her grandfather and told me I did well. Maybe her eyes were not what they used to be!


The challenge of providing 100 white robes for the marching host almost defeated us. A visit to Bentalls, the department store in Kingston upon Thames, saved the day with a 'special price' for the white material, and the house party staff ran the costumes up on sewing machines at Sunbury Court.


The Blood of the Lamb has been translated into many languages, and has been presented by Salvationists in the most unlikely places. The Army in Japan produced it in Japanese with a totally Japanese cast. It strikes one as odd at first to see William Booth with a Japanese face and speaking what I am told is perfect Japanese. But why not? In Paris once the Founder was told General Booth," vous etes un citoyen du monde". 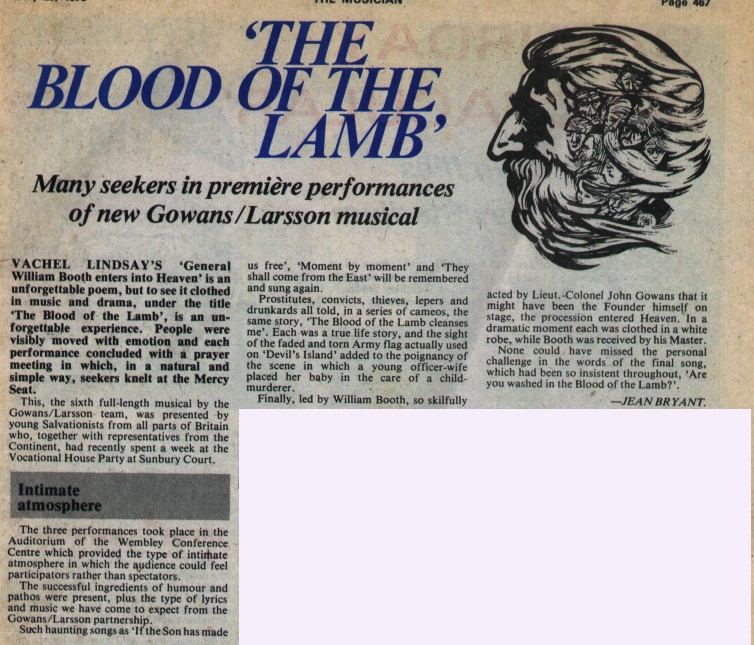