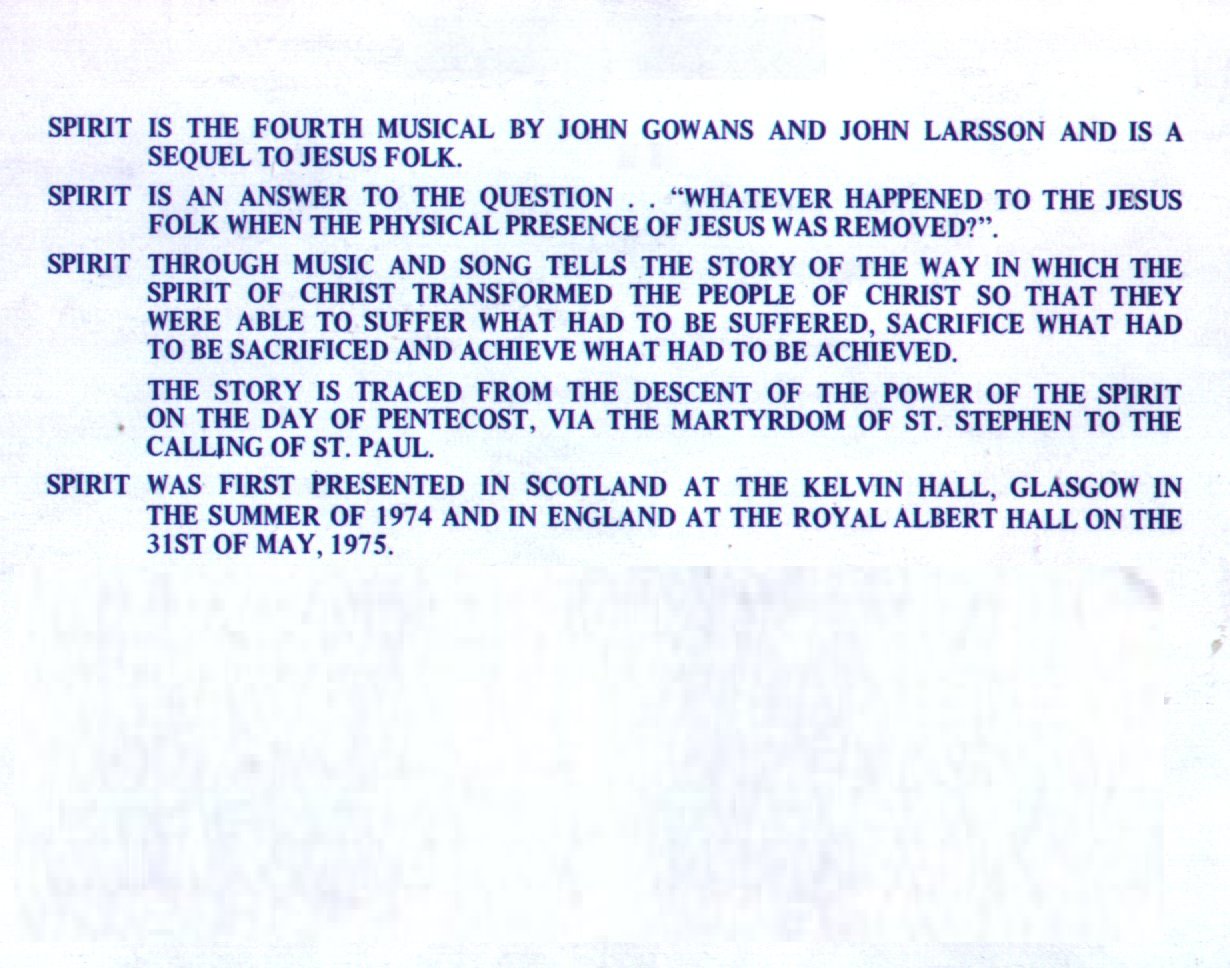 
Quote from "There's A Boy Here"


The musical Spirit! was produced by the house parties and presented in reduced form - first at Regent Hall in July 1973 and then at Kelvin Hall, Glasgow in September 1974. Twice the house party removed lock, stock and barrel to Scotland. We were happy to do it to accommodate John L. who was the Territorial Youth Secretary for Scotland. I was then the National Stewardship Secretary in London, and the attendance of 'The Two Johns' at the annual councils for departmental heads and divisional commanders lowered the average age of that company considerably, if not to everybody's delight. For some it was a case of 'bringing on the corps cadets too soon! The Founder, confronted with a young leader, complained whimsically of his youth. 'Never mind,' he said. 'You'll grow out of it!' We certainly did!


The Spirit! presentation in Scotland was part of that territory's annual congress, led by the Chief of the Staff and Mrs. Commissioner Carr They both spoke brilliantly, but what I remember is the singing of the old doxology:


We sang it at least three times - with the actions of course. It was at this point that Arthur Carr sidled up to me and whispered in my ear in what I thought to be rather menacing tones, 'We shall want another one, John.' I didn't know if the Chief was referring to the doxology or not! He proceeded to enlighten me. It will be the International Congress at Wembley in 1978. We shall want another musical.' 'Ihen he added, apologetically, 'It will have to be a very Army one.'

Songs in the musical include: 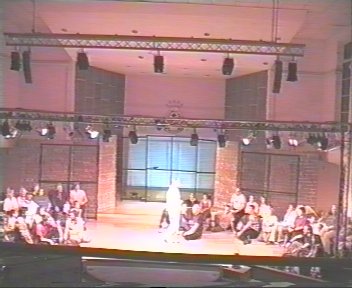 You've Got To Stay 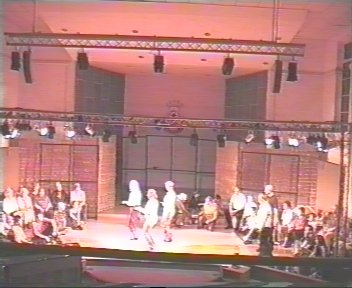 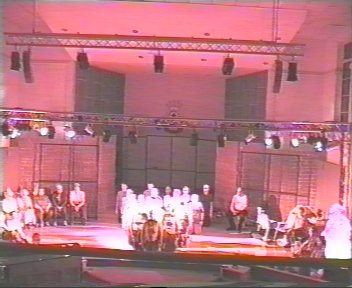 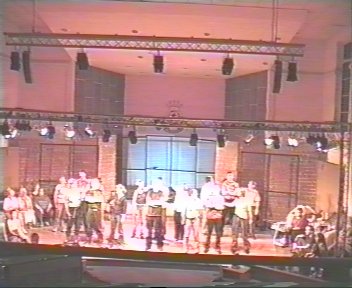 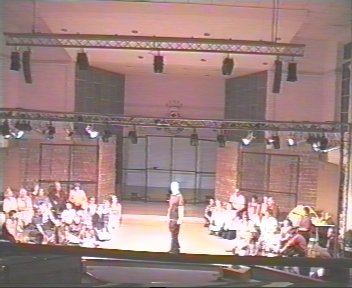 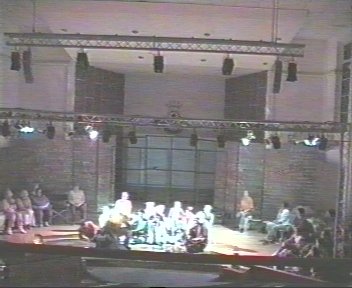 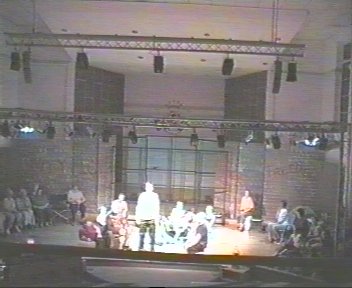 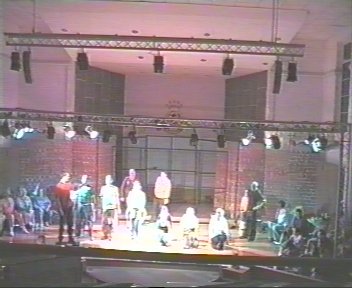 You Can't Make A Fool Of God 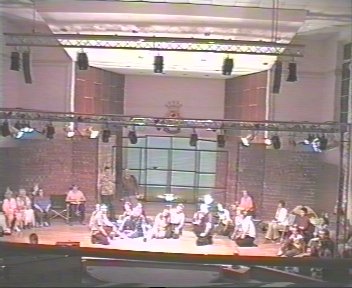 The Fruit Of The Spirit 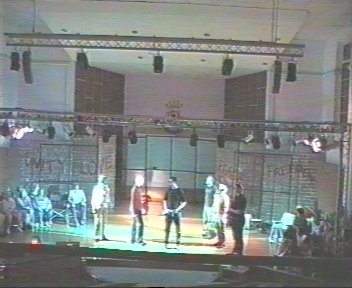 Gone, Did You Say* 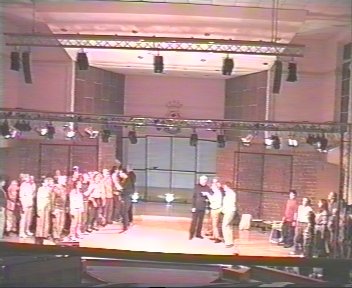 We Will Listen To The Spirit 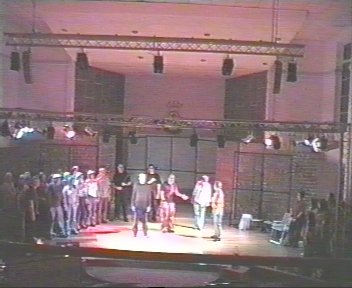 Be Careful What You Do* 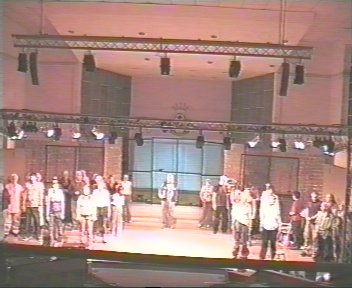 For The Mighty Moving Of Thy Spirit 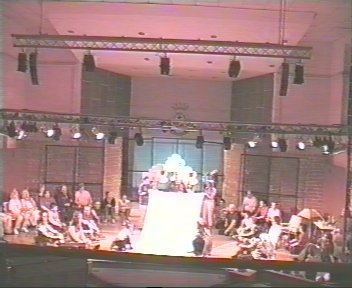 That's How It Was 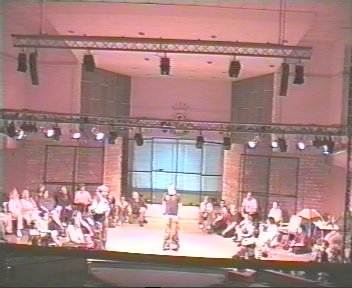 If The Spirit Says Go 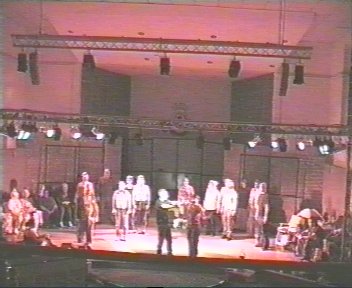 The Spirit Of The Lord Fell On Stephen 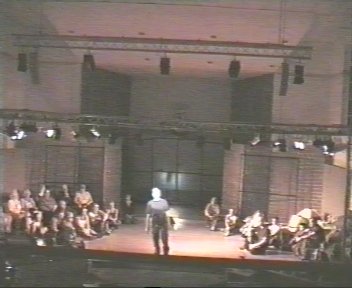 
He Has The Grace* 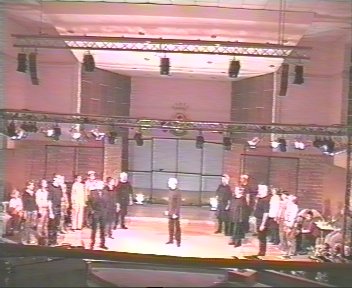 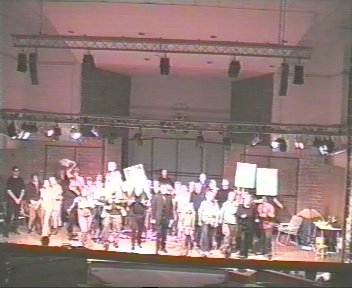 Here Is A Man & Damascus 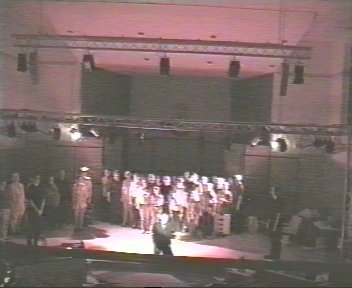 The Shadows Close Round Me 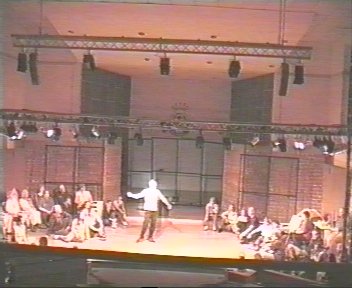 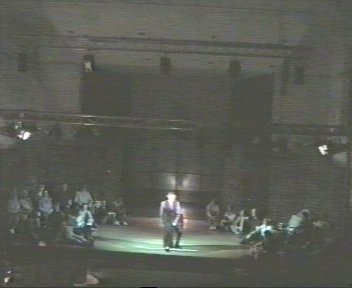 I Can See A Future 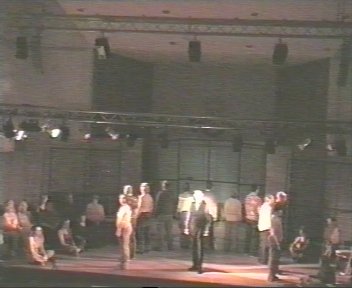 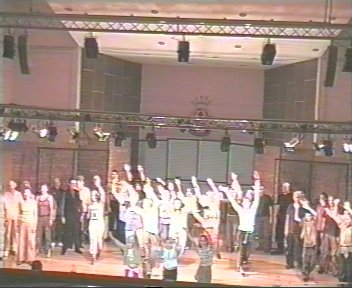 What Does The Spirit Say To The Churches


The above images are still video captures taken from a personal video recording of the musical as performed at Southend Salvation Army, November 2003 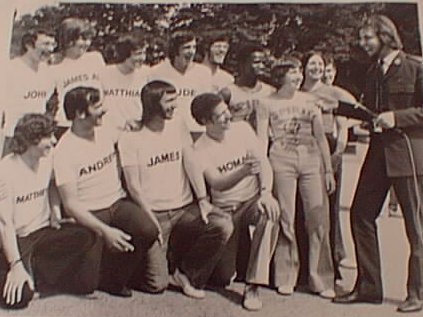 John Gowans pictured on the right with cast members from the musical, time & place unknown. 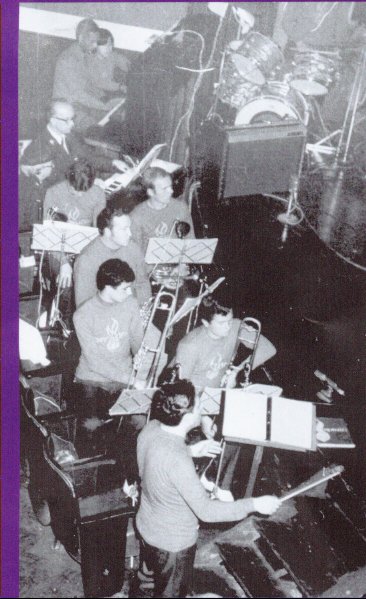